Posted on September 4, 2020
by Gianfranco Capozzi

Right now, the gaming industry has more than 2.7 billion of us playing monthly (Business Wire). And it’s growing at a massive rate. But what will that mean for us in the next 30 years?

Just how will Virtual Sports and Esports look like in 2050?

Looking forward by looking back?

To look 30 years into the future of Virtual Sports and Esports, we should first look back and see where we’ve come in the last 30 years.

By the 1990s we had touring arcade competitions with gamers competing to beat high scores. But the birth of the Internet and increased computing power in the late 80s and 90s changed that, giving us more online contests, more multiplayer opportunities, but always limited by just how good (or bad) your Internet connection was.

Jump forward 30 years to 2020 and we have a near unthinkable jump in Internet connectivity and computing power that’s enabled software makers to develop fully immersive gaming experiences, with virtual sports and esports betting part of an industry $1 billion at conservative estimates that’s only going to grow.

Covid-19 has accelerated things for Virtual Gaming and Esports

The Covid-19 crisis has vastly accelerated getting to the Esports and virtual sports world of 2050. It’s proved that virtual sports betting and Esports can easily compete for our entertainment time, with a massive rise in interest, in players, and viewing figures.

What about virtual sports and Esports in 2050?

Jumping forward another 30 years to 2050, you’re going to see virtual sports and esports dominating real sports, with technology having made all things in our lives, including sports, virtual!

For starters, issues of Internet connectivity simply won’t apply – we’ll be online 24/7, our online and offline lives completely synced. We’ll have always on access and every aspect of our lives will take place online. VR will become an everyday thing but, as in all things, the betting and sports industries will be the ones to pioneer things.

We’ll see different platforms as a thing of the past, with a universal standard for gameplay. Everything will run the same basic operating systems allowing universal operation, but with branded skins and virtual layouts and branding to distinguish between gaming systems.

Most of our lives, and certainly our entertainment time, will be spent in virtual spaces, and as such, and gaming will be predominantly 3D and VR. As far as actually playing the games, we’re going to see physical controllers and interfaces disappear. We’ll play with hand movements rather than button presses and with voice commands rather than mouse clicks. 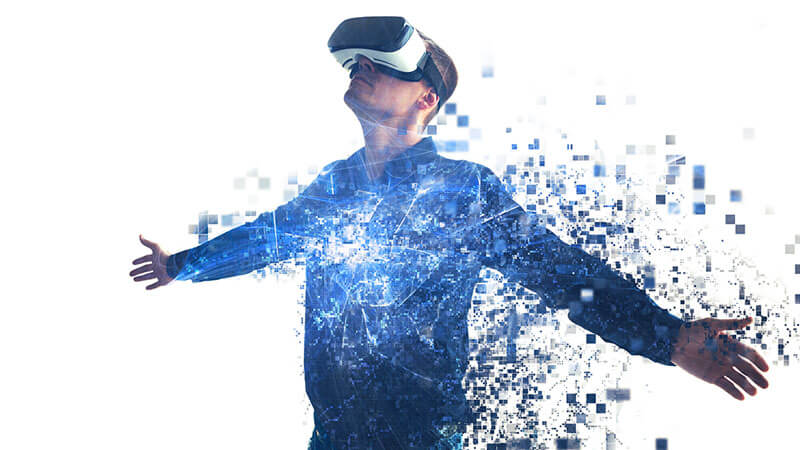 The Esports and virtual sports world of 2050

What we’ll see in 2050 will be very different, or at least way broader, than the Esports of 2020. But we’re certain that, by 2050, Esports will have done the one thing that US sports have failed to do – take these games truly global. We’ve already seen some of this in the midst of the 2020 pandemic, but by 2050 expect every sport to have a massive Esports version, often eclipsing the real sport in popularity.

Virtuals and Esports events will be bigger than real sports

One thing that won’t change is the desire to see sports in person – but we’ll be seeing huge stadia filled with screaming fans watching their Esports heroes. It’s something we’ve already seen, with huge crowds at Esports events – 173,000 for the Intel Extreme Masters World Championship 2017 (IEM). We fully expect crowds for the most popular Esports eclipse those of real sporting events by 2050.

Esports at the Olympics – Definitely by 2050

As for the Olympics, IOC President Thomas Bach has already stated in 2017 that Esports inclusion is definitely something that should be considered – ‘Whether they could one day be considered for the Olympic programme the answer is yes…It depends when this day is coming.’ (Reuters)

So it’s definite that we’ll see the inclusion of Esports in the Olympics by 2050, albeit those more in line with competitive real sports as FPS’s and the like don’t fit with the Olympic values.

2050 – Esports and Virtual Sports will be everywhere!

By 2050, the world of esports and virtual sports will have changed completely, with huge advances in technology and connectivity connecting us all together in gaming. You’ll still be able to recognize Esports and Virtual Sports – it will simply be easier, better, more available for everyone, everywhere.